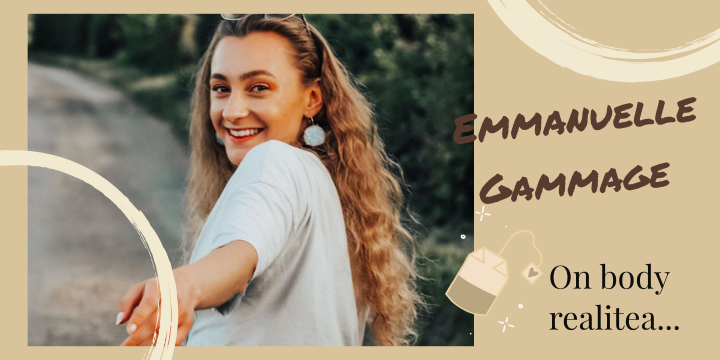 Recovered anorexic and body positive blogger Emmanuelle Gammage said the Prime Minister’s proposed introduction of calories on menus could “create a complicated relationship with food rather than aiding our health.” The Better Health campaign forms part of a government scheme to tackle the obesity crisis in the UK.

The scheme will entail an advert ban on food high in fat, sugar or salt (HFSS), restrictions on “buy one get one free” (BOGOF) sales in supermarkets, calorie counting on food menus, a review of “traffic-light” labelling on packaging and an NHS expansion to weight management services. Johnson’s decision was influenced by his own experience with coronavirus and how experts are saying the obesity crisis “is the single most important modifiable risk factor” in the fight against it.

But the Prime Minister’s announcement has been criticised by campaigners and charities, who fear this kind of “fat-shaming” and “embarrassing” rhetoric could worsen eating disorders like anorexia, bulimia and binge-eating disorder.

21-year-old Emmanuelle Gammage is a recovered anorexic who promotes body positivity, happiness and self-care on her website, Discover Yourself Love. She now openly discusses recovery and encourages others to choose this too. In our episode of Tea Time with Holly, we unpack further how lockdown could be a trigger for many young women with eating disorders.

Commenting on Johnson’s announcement, Gammage said: “I just think it’s absolutely unnecessary. It shames people and it makes people feel guilty for eating. I would imagine that many people would choose a lower calorie option even if they didn’t want to because they felt like they should. But that’s not good for your mental health and it causes guilt and restriction around food – which is why so many people develop eating disorders.”

Eating disorder charity BEAT also criticised the government’s proposed scheme, reminding the government of the changes that need to be made towards anti-obesity strategies. Their report outlines the ways in which these strategies can cause distress to people at risk of developing an eating disorder, including “policy makers to be mindful of the language used when discussing weight, shape, food or exercise, due to the potential for this to promote the thin ideal, body dissatisfaction and calorie restriction.“

The Chief Executive, Andrew Radford, said: “We are concerned that the campaign will encourage people with eating disorders to use the promoted weight loss app, which fails to prevent under 18s or people with low-weight from using it, despite it not being suitable for them. It is also worrying to see a renewed emphasis on measures such as calorie labelling, as evidence clearly shows that these risk exacerbating eating disorders of all kinds.“

Petitions like this, which are campaigning to stop calories being published on children’s menus, outline the problems for young people and body image. Rachel Jenkins started the petition with the comment: “If from an early age children view food in terms of numbers and feel as if certain foods are ‘demonised’, they may face eating disorders in further adulthood.“

The government’s press release highlights how “obesity is one of the biggest health crises the country faces”, with 63% of adults in England being overweight. This is inline with newfound evidence, which suggests “living with excess weight puts people at greater risk of serious illness or death from COVID-19”.

Johnson’s decision also caused a stir on Twitter. One user commented on the personal impacts this would have on her recovery from an eating disorder. @evebennettx tweeted: “After multiple years of recovery from really really obsessive calorie counting I still struggle to eat in restaurants with calorie counts, I find it so so so difficult – it’ll be even worse for people still in the middle of their battle.”

Gammage was also concerned about the ramifications. She said: “calories literally only tell us how much energy is in something – when we see a big number it makes us anxious! What we should be focusing on is nutritional value rather than calories. A super healthy salad could be on there and it might be really high in calories, but it’s all goodness!”

Some Twitter users have been supportive of Johnson’s scheme. @hankancool tweeted: “Would be needed across the Western world, where we are eating ourselves to death and having to spend more money on health care treating disorders.”

Johnson’s announcement follows his “Eat Out to Help Out” scheme. The scheme, running between 3 August to 31 August, allows customers eating at certain restaurants a 50% discount on food or non-alcoholic drinks.